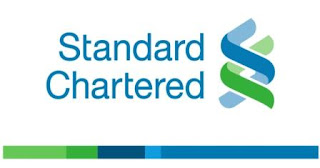 Standard Chartered is one of the oldest International Banks in Tanzania having started operations in 1917.

We are, therefore, marking 100 Years since we first opened our doors in Tanzania. We currently have branches in all key cities of the country, and the Bank employs over 330 employees. We offer a full range of services across our Global Banking, Financial Markets, Retail and Commercial Banking businesses, and we are the largest International Bank in the market.

Tanzania is one of the few economies in Africa and the world with a well diversified base of economic growth that has allowed an average of 7% GDP growth for last 10 years consecutively.

It is the largest country in East Africa, lying immediately South of the equator and covers an area of 945,000 square km. The business capital of Tanzania is Dar-es-Salaam and Dodoma is a political capital. The national language is Kiswahili, but English is spoken in most urban areas.

The country has more than 120 ethnic groups and the estimated population of the country as at 2016 was 51.04 million people. Despite the vast cultural aspects, Tanzania remains united as One Nation, mainly from the Socialist Values instilled by the founding father of the Nation, the late Mwalimu Julius Kambarage Nyerere, and the Kiswahili language, which is spoken by all people in Tanzania. The country is expected to be one of the top fifth most populous countries worldwide by 2050.

The Bank is confident of the future growth of Tanzania. The large and growing domestic population, strategic location, abundance of natural resources and internal political stability continue to present a uniquely exciting market for Standard Chartered.

For a career as unique as you are
We’re a talented and committed workforce, representing 125 nationalities across more than 60 markets in our footprint regions of Asia, Africa and the Middle East and beyond. We have been in business for more than 150 years, so we know the value of nurturing your strengths over the long term.

We foster a diverse and inclusive environment that’s free from bias, where everyone can realise their full potential and make a positive contribution.

With three client and customer segments and seven support functions, you can find your perfect job fit.