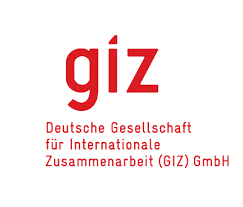 As a service provider in the field of international cooperation for sustainable development and international education work, we are dedicated to shaping a future worth living around the world.

GIZ has over 50 years of experience in a wide variety of areas, including economic development and employment promotion, energy and the environment, and peace and security. The diverse expertise of our federal enterprise is in demand around the globe – from the German Government, European Union institutions, the United Nations, the private sector and governments of other countries.

We work with businesses, civil society actors and research institutions, fostering successful interaction between development policy and other policy fields and areas of activity. Our main commissioning party is the German Federal Ministry for Economic Cooperation and Development (BMZ).

Germany has been engaged in international cooperation with Tanzania since 1975. It opened an office in Dar es Salaam in 1982. Currently 141 national and 40 international employees, seven integrated specialists and seven development workers are working in the country (as of 31.12.2018). They work with local project partners and, at the regional level, with the East African Community (EAC), which is based in Arusha.

With a population of around 50 million, Tanzania is one of the most populous countries in sub-Saharan Africa. It has generally pursued a peaceful and politically stable development trajectory since gaining independence in 1964. Over the past five years, its economy has grown steadily at an average rate of 7%.

However, exploitation of gas and other mineral resources is still at an early stage. In the current Five Year Development Plan (2016–2021), the Government is prioritising the rapid expansion of infrastructure and the manufacturing industry, thus enabling Tanzania to make the transition to middle-income country status.
Challenges include utilising this economic restructuring to bring about sustainable improvements in living conditions for the Tanzanian people by reducing poverty and boosting employment.

WORLDWIDE EXPERTS
Our experts and managers have a wide range of posts and functions worldwide.

We help organisations, public authorities and private businesses to optimise their organisational, managerial and production processes. And, of course, GIZ employees advise governments on how to achieve objectives and implement nationwide change processes by incorporating them into legislation and strategies.

DEVELOPMENT WORKERS
Development workers bring their professional expertise to non-governmental and state organisations in partner countries. They provide training and advisory services, and work with our partners to help design projects. Development workers are offered an extensive and attractive financial package with benefits.

The Civil Peace Service (CPS) is a global programme aimed at preventing violence and promoting peace in crisis zones and conflict regions. CPS experts support partner organisations in their commitment for dialogue human rights and peace on a long term basis www.giz.de/zfd.

CIM EXPERTS
Integrated expert’ is the term used for experts and managers who put their skills to good use in key positions in developing countries and emerging economies. The term ‘returning expert’ is used for those who have gained technical or managerial skills through study and work in Germany and who then go on to use their knowledge and expertise in their country of origin. The term ‘diaspora experts’ is used for well-qualified and skilled people with a migration background who wish to support their country of origin by putting their expertise to good use as volunteers.