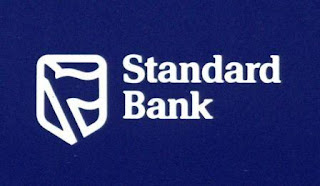 The bank's origins can be traced to 1862, when a group of businessmen led by the prominent right-wing South African politician John Paterson formed a bank in London, initially under the name Standard Bank of British South Africa. The bank started operations in 1863 in Port Elizabeth, South Africa, and soon after opening it merged with several other banks including the Commercial Bank of Port Elizabeth, the Colesberg Bank, the British Kaffrarian Bank and the Fauresmith Bank.

The parent bank merged in 1969 with Chartered Bank of India, Australia and China and the combined bank became known as Standard Chartered Bank. In 1969 the Standard Bank Investment Corporation (now Standard Bank Group) was established as the holding company of the South African bank. During the 1970s and 1980s Standard Chartered gradually reduced its shareholding, and sold its remaining 39% stake in Standard Bank Group in 1987, transferring complete ownership of the holding company to South African investors and in particular Liberty Life (and its affiliates), with the latter being the company's major shareholder until 1999

ATM_Product Detail
Pay your bills and change your overdraft limit without visiting a branch, and make cash or cheque deposits outside of normal banking hours.

Some of the benefits
Buy and pay
Pay your municipal bills, traffic fines and accounts, and top up airtime, data and electricity

Add accounts
Link up to three other accounts you have with us, in-branch, to manage at our ATMs
Full Details About ATM Banking